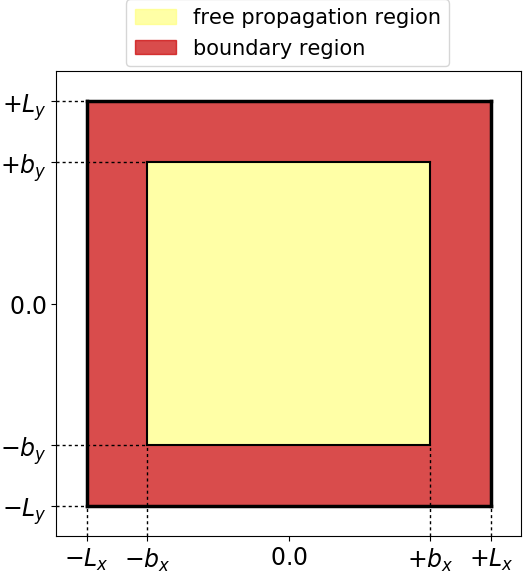 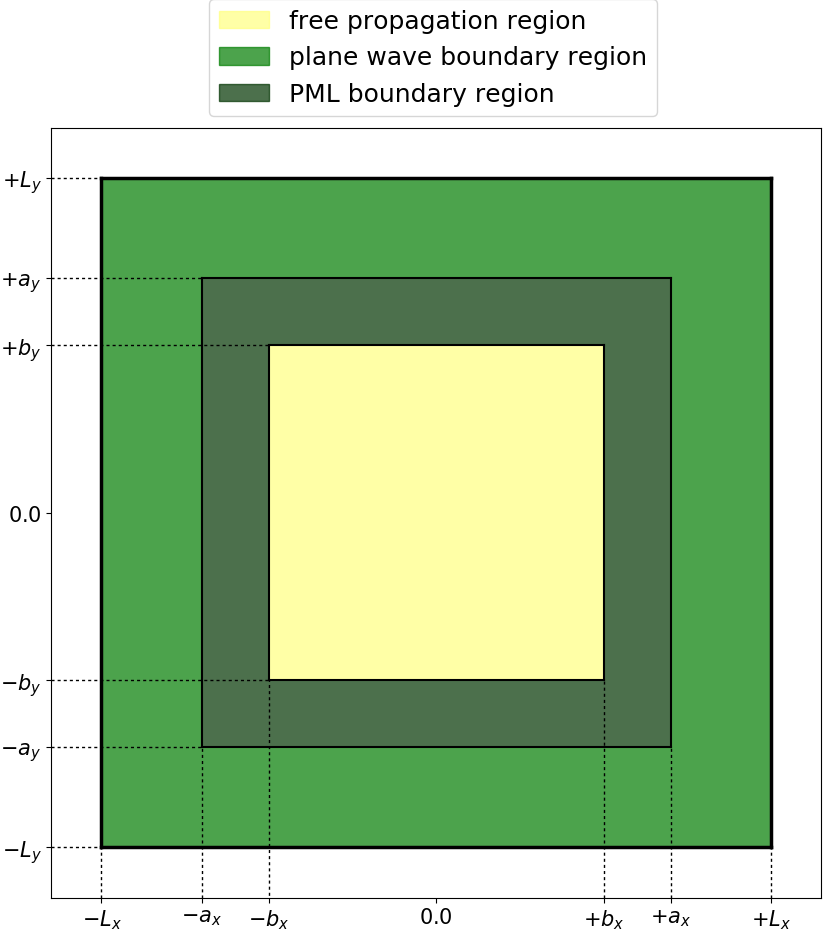 For a given size of the propagation region, the boundaries have to be added to the total box size. The boundary width is given by the derivative order (default is 4) times the spacing. The width of the absorbing boundary region is defined by the variable MaxwellABWidth.