An arbitrary number of linear medium shapes can be placed inside simulation box. Linear media are defined as a separate system type, for example:

In this tutorial, we will simulate light propagation though a spherical lens, for which we need to provide an OFF file representing a suitable shape. There are many software packages around to generate such files, but we recommend openSCAD and ctmconv which is part of OpenCTM.

In Debian style systems, these can be installed using

OpenSCAD provides its own scripting language for creating geometries, which can be created in a GUI, but also can be rendered on the command line. Here we will use the following code to create a simple lens from the intersection of two spheres and shift its position to the negative x-axis with openSCAD, using the following script:

copy the above code into a file lens.scad, you can generate the required OFF file by the command:

For details on the syntax of this, see the openSCAD tutorials.
This creates the following lens: 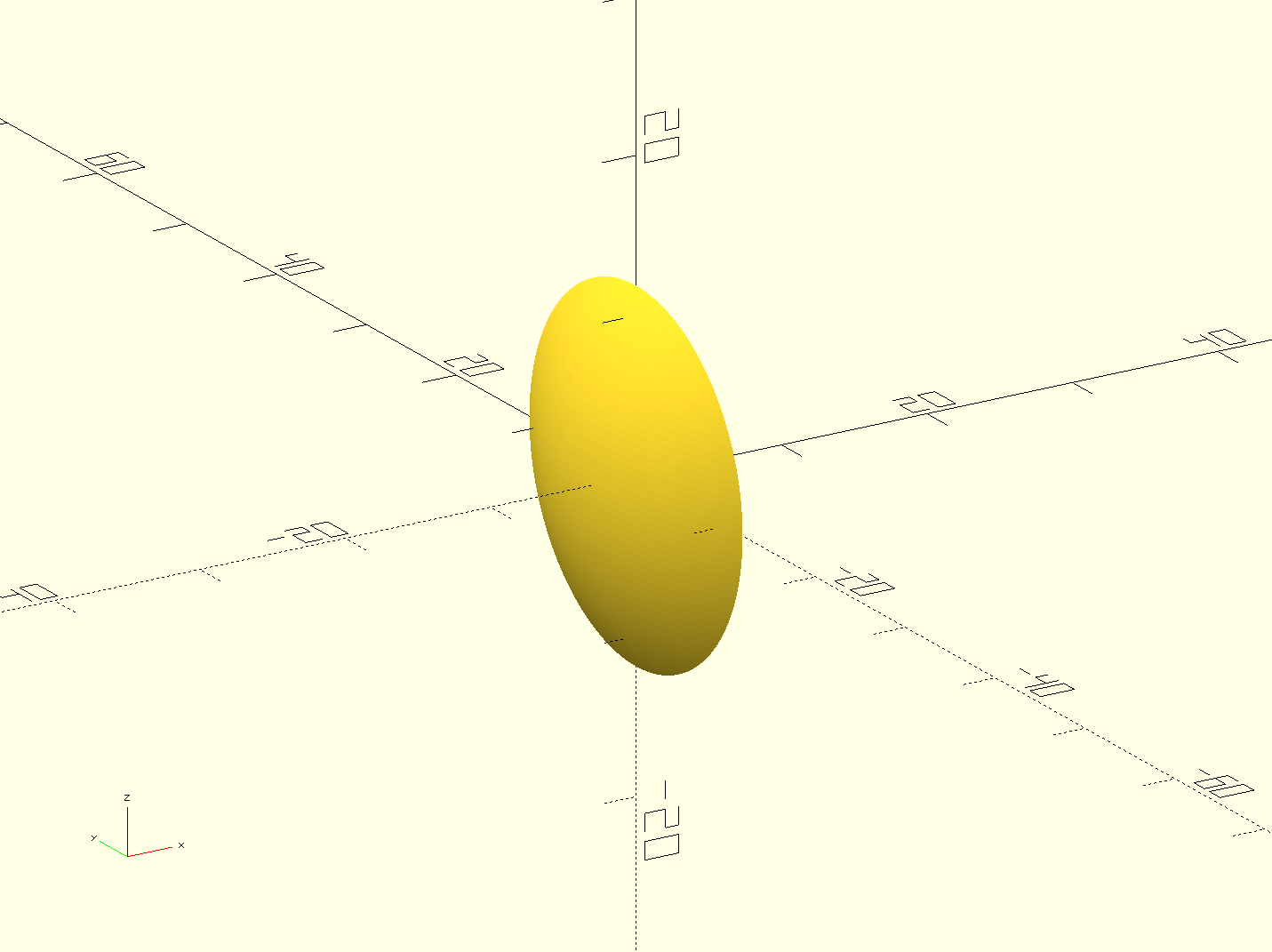 If you want to manipulate your OFF file with ctmconv, click here.

The `OFF` files, generated by openSCAD are malformed. If you want to further manipulate them with `ctmconv`, the header needs to be fixed:

The first line needs to be `OFF` only, and the first line of the data block needs to contain the number of vertices, planes and (optional) connections. You can add comments (starting with `#` of empty lines are allowed after the header).

Now we have the OFF file, let’s consider the electromagnetic properties of the medium. These must be defined in the LinearMediumProperties block, which specifies the relative electric permittivity, relative magnetic permeability, and the electric and magnetic conductivities (for lossy media). In addition to adding the linear_medium system, we need to switch the MaxwellHamiltonianOperator to faraday_ampere_medium.

As a linear medium will scatter waves in all directions, there need to be absorbing boundary conditions to avoid spurious reflections on the box boundaries. For this purpose, we change the MaxwellAbsorbingBoundaries block to mask in all directions, to damp the field at the boundaries by multiplying it with a scalar mask function. The width of this mask MaxwellABMaskWidth is set to 5 Bohr.

Finally, as non-dispersive linear media are static, TDSystemPropagator = static , which is the default option, must be set for the medium, while the Maxwell system needs to be set to exp_mid. A possible input file to run this simulation, then, would be the following:

As the exp_mid propagator contains two algorithmic steps, it must be clocked twice as fast as the static propagator and hence the time step of the medium bust be set to half the Maxwell time step. This is currently a workaround, and is likely to change in future releases of the code.

For this run, we use the previous incident plane wave propagating only in the x-direction but place a medium box inside the simulation box. After running the code, we can visualize the results with the following gnuplot script: 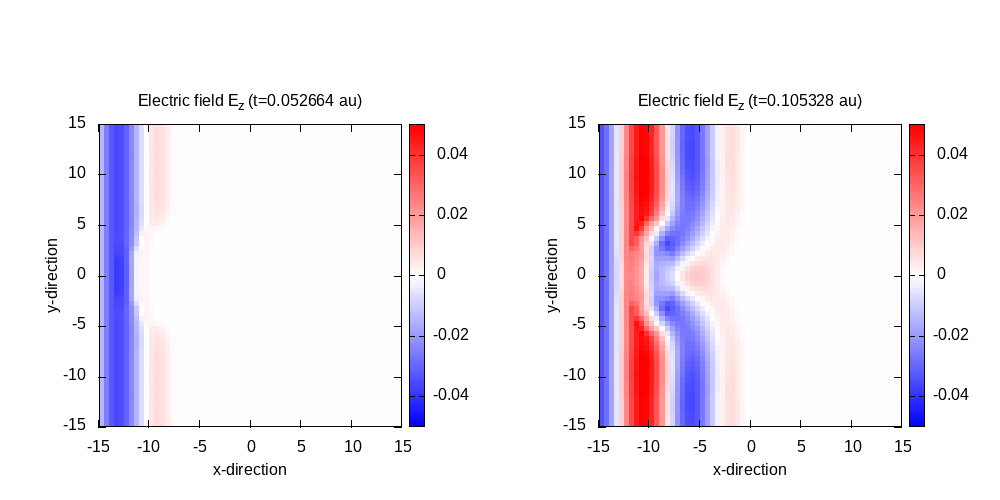 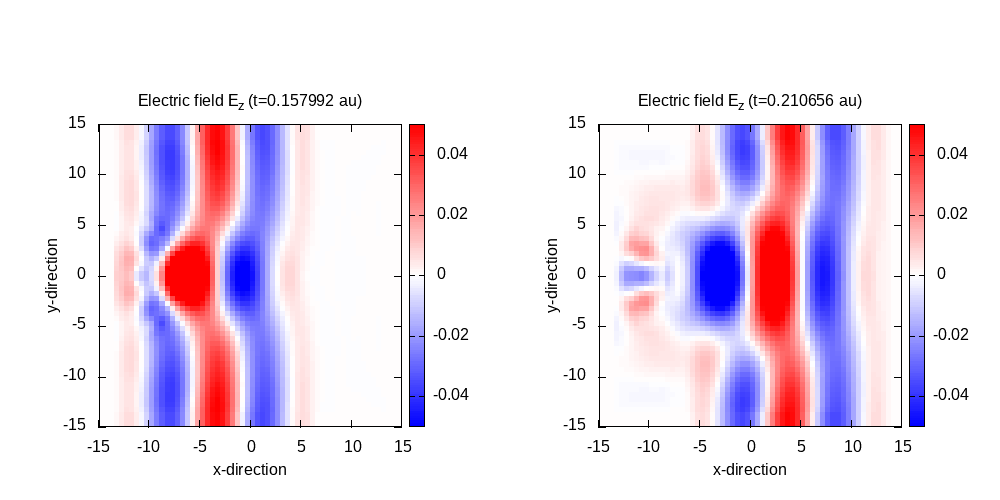 In the last panel, it can be seen that there is a significant amount of scattered waves which, in large parts, are scattered from the box boundaries. This is due to making use of plane wave boundary conditions and absorbing boundaries simultaneously, and would be less noticeable if we increase the size of the box. In this tutorial we keep the box small to stay within a reasonable computation time.