This tutorial aims at explaining how to perform DFT+U+V calculations in Octopus. This correspond to adding not only an on-site Hubbard interaction U, but also an intersite interaction V. As a prototypical example, we will consider bulk silicon.

The DFT+U+V method, as well as its performances and implementation details are discussed in Ref.1

The input file we will use is the following one:

After running Octopus using the above input, we can look at the output. In the static/info file, we find the direct and indirect bandgap

As a comparison, without adding the +U+V, one finds at the LDA level a much smaller bandgap

The effect of bandgap opening can be understood more precisely from the bandstructure. As one can see, the conduction bands have been rigidly shifted toward higher energies, as expected from more advance calculations such as hybrid functionals or GW calculations. 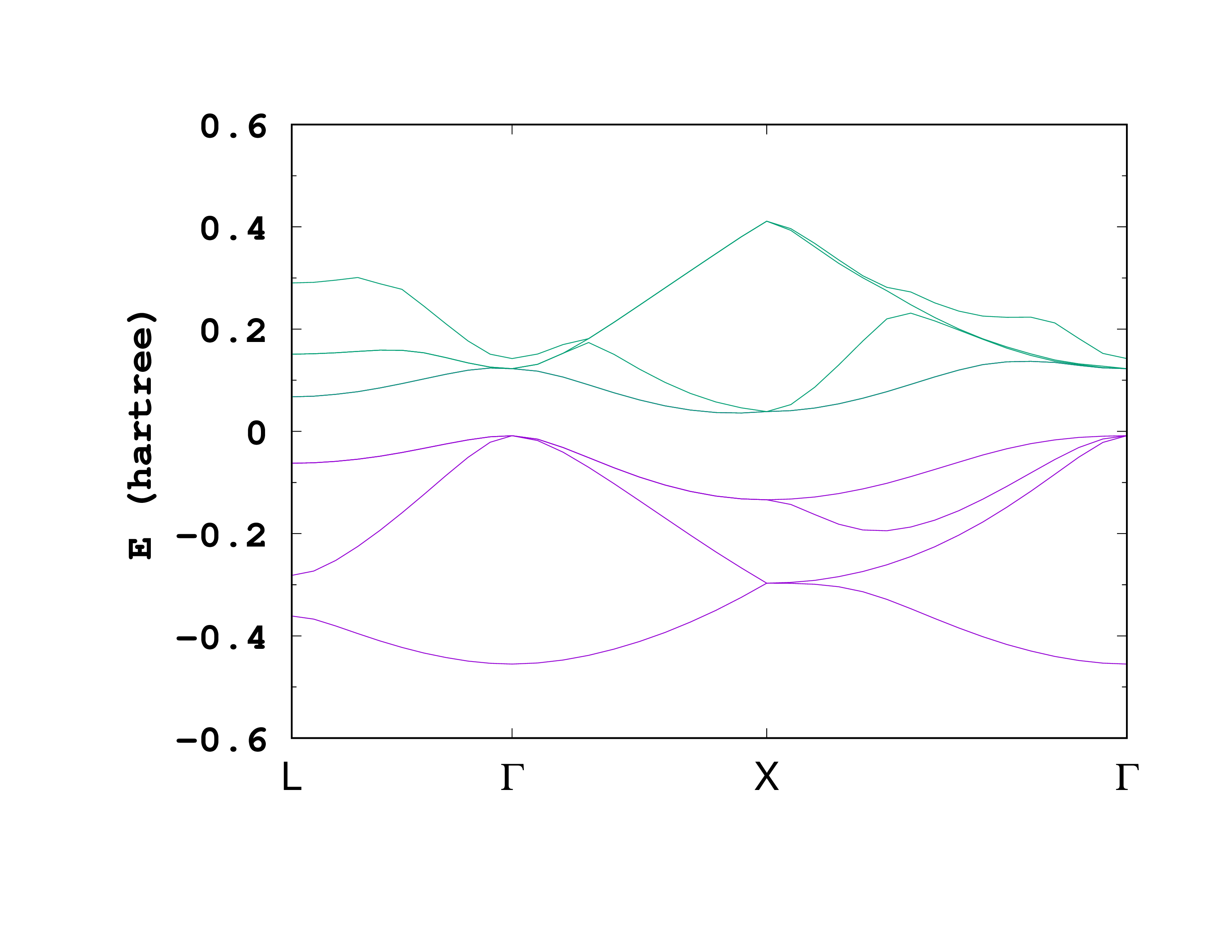 Band structure of bulk silicon from DFT+U+V. The zero of energy has been shifted to the maximum of the occupied bands.